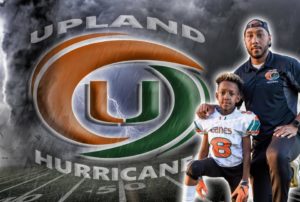 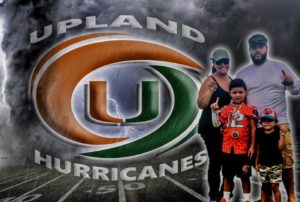 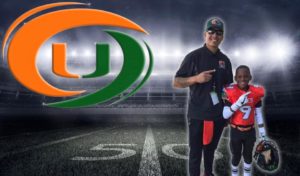 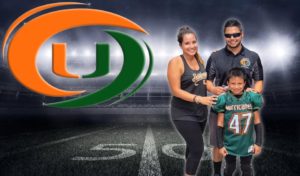 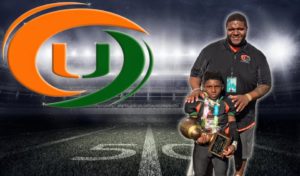 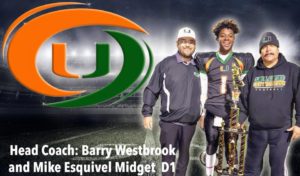 Coach Westbrook brings 26 years of high caliber coaching to the Upland Hurricanes.  He began his coaching career in 1991 with Anaheim Pop Warner and after two years moved to the Inland Empire joining Upland Pop Warner.  At Upland Pop Warner he spent 20 years all at the midget division, building strong, fundamentally sound teams that helped that program grow over the years.  In 2015 he joined the Upland Hurricanes Jr. All American program and made an immediate impact taking that team all the way to the Super Bowl.  In his 26 years of coaching, he’s had 24 playoff appearances including 8 championship appearances.  The Upland Hurricanes are excited to have Coach Westbrook with the Jr. All American program and looking forward to the continued success at the midget division!

Coach Westbrook and his staff have adopted the following (4) Four Rules for Successful Player Development:

Faith: No matter what denomination have a strong foundation in your beliefs
Respect: Always be respectful of your family, friends, teachers, coaches and your community
Academics: Always make homework and school a focus and priority.  Staying focused in school with guide you through graduating high school and onto your college career.
Football: Football is always last but if you keep to the rules you will always be a winner on the football field

What our families are saying!

We love the Hurricanes! 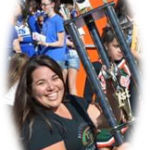 We’ve been part of the Hurricanes family since the beginning and our child has benefited tremendously from the family environment!

We joined the Hurricanes last year after a few season with another football program and what a difference!  Our experience was great!  We didn’t have to fundraise all season, played a full season of 9 games plus playoffs and our banquet was included!  We are lifelong Hurricanes!

We had a great season and even better experience.  You guys are a class act and a huge reason we moved to Upland.  You guys run the most organized program around and I’ve experienced Pop Warner and The PCC.  Nothing like you guys just wished I would of jumped shipped and gotten out here sooner.